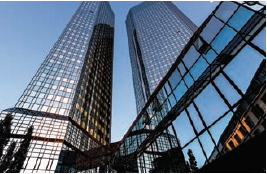 Despite the recent drop in oil prices, Deutsche Bank (DB) expects solar electricity to become competitive with retail electricity in an increasing number of markets globally due to declining solar panel costs as well as improving financing and customer acquisition costs.

Overall solar system costs have declined at about a 15% compound annual growth rate over the past eight years and DB expects another 40% cost reduction over the next four to five years.

How big could the solar market get? In Crossing the Chasm: Solar Grid Parity in a Low Oil Price Era, DB analysts predict that over the next 20 years, more than 100 million new customers will deploy solar and roughly $4 trillion of value will be created. During the same time period, they expect nearly 10% of global electricity production to come from solar.