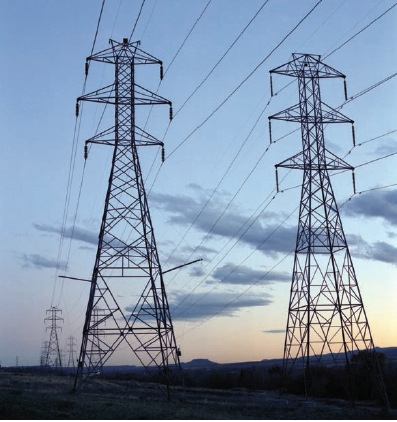 Editor’s note: Welcome to a new column from a long-time solar and clean energy expert. If you have a question for Scott, please send it to solarsklar@aol.com.

What are states doing to forestall planning and discussion of global climate change and its local effects?

During the first week of March 2015, Senate Majority Leader Mitch McConnell published an op-ed in a home state paper urging states to “hold back on the costly process of complying” with the U.S. Environmental Protection Agency’s (EPA’s) Clean Power Plan to curtail carbon emissions. “This is a stunning suggestion from someone who has pledged to support and defend the Constitution,” stated Daniel A. Lashof, Ph.D., chief operating officer of NextGen Climate America.

As Lashof points out, “coal-fired power plants produce 40% of U.S. heat-trapping carbon pollution, the main driver of changes to our climate that bring more frequent and intense storms, droughts, and wildfires. And without the Clean Power Plan, we would have no national limits on the amount of carbon pollution that power plants can release into the air. The Clean Power Plan, as currently proposed, would help cut carbon pollution from the power sector by 30% from 2005 levels, and EPA estimates that the standard would produce climate and health benefits worth $55 billion to $93 billion in 2030.”

Also in March 2015, Tristram Korten of the Florida Center for Investigative Reporting (FCIR) wrote a piece titled “In Florida, Officials Ban Term ‘Climate Change.’” The Florida Department of Environmental Protection (DEP) is the state agency on the front lines of studying and planning for changes caused by climate change and—according to scientists—the state of Florida is the U.S. region most susceptible to these effects. Sea-level rise alone threatens 30% of the state’s beaches over the next 85 years.

DEP officials have been ordered not to use the term “climate change” or “global warming” in any official communications, emails, or reports, according to former DEP employees, consultants, volunteers, and records obtained by FCIR. The policy goes beyond semantics and has affected reports, educational efforts, and public policy in a department that has about 3,200 employees and a $1.4 billion budget.

I support Harold R. Wanless, Ph.D., a University of Miami professor who said the state government needs to acknowledge climate change as settled science and as a threat to people and property in Florida. As Wanless points out, it will be hard to plan for climate change if officials can’t talk about climate change. “It’s beyond ludicrous to deny using the term climate change,” Wanless said. “It’s criminal at this point.”

Florida is not the first state to deny reality. On August 2, 2012, ABC News reported that “A new law in North Carolina will ban the state from basing coastal policies on the latest scientific predictions of how much the sea level will rise…” Proponents said the law is necessary “until scientific techniques improve.”

The law was a response to the state’s Coastal Resources Commission estimate that sea level will rise by 39 inches in the next century. Its passage in June 2014 triggered nationwide scorn from those who argued that the state was deliberately blinding itself to the effects of climate change.

In a segment of the Colbert Report, comedian Stephen Colbert mocked North Carolina lawmakers’ efforts as an attempt to outlaw science. “If your science gives you a result you don’t like, pass a law saying the result is illegal. Problem solved,” he joked.

ABC reported, “The law, which began as a routine regulation on development permits but quickly grew controversial after the sea-level provision was added, restricts all sea-level predictions used to guide state policies for the next four years to those based on ‘historical data.’”

So what this suggests is that—if you don’t like “the facts”—you can just ignore them. Politicians who have long been notorious for rephrasing or ignoring facts are now emboldened that the American public will just sit back while we lose seashore and forest and our electric rates increase.

Scott Sklar is president of The Stella Group, Ltd., a strategic technology optimization and policy firm. He can be reached at solarsklar@aol.com.